Anda di sini : Home / Monsoon news / When will the rain in Gujarat introduce the expertise of ancient science?

When will the rain in Gujarat introduce the expertise of ancient science?

Monsoon news
When will the rain in Gujarat introduce the expertise of ancient science?
​ 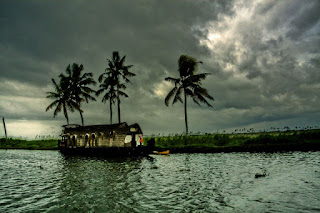 Yesterday, at Junagadh Agricultural University's Rain Science Board, 55 percent of ancient science gave its views on how much rainfall will be in Onsal Gujarat.  After all this monsoon rainfall will be predicted.  Some experts have predicted 16 rains this time and it will be good rain after June 14-15.


Every year in Junagadh, this time too, various ancient districts of Gujarat have been called by the ancient method of mathematical calculations.  Tomorrow, from 8 a.m. on June 4, these experts will predict the rain according to their studies.  This time about 55 experts and 10 interested people have been invited,


Particularly from Puneet (Dhanusukhbhai Shah), Baroda (Upasanibhai)  Kalika Gaon (Bhimabhai Odedara) said that monsoon will be active from July 6 this year.  Meanwhile, Ashes will be normal from August 17 to August 20.  The probability of heavy rains between September 14 to September 19.  Apart from this, Wanhama Ramikkabhai said that after the curve of the Bay of Bengal, the arrival of rain from July 10 will be in Gujarat.  With the age of 16 years and monsoon (100%).  Although tomorrow, other experts will also guess when the rain will be built, when it will be active, which year will it be.

When will the rain in Gujarat introduce the expertise of ancient science?
4/ 5
Oleh Dzire lamon
June 03, 2019 Komentar