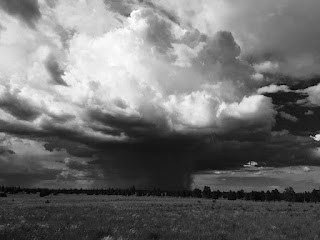 As a part of the pre-monsoon activity with the effect of hurricane, the atmosphere of the year has been created.  Rain has not occurred during the past 4 days (Sabarkantha and Aravali).  Even after noon on Monday, in many parts of the district, there was very little rainfall in some parts of the district even after the wind blown up.  Meanwhile, heavy weather forecast was predicted on Tuesday (Sabarkantha, Aravali) in many parts of North Gujarat, along with several parts of North Gujarat.  Monsoon has not started yet, but due to the impact of the storm of the wind can be heavy rain

Hurricanes have been affected by the depression in the storm.


The Meteorological Department has predicted heavy rains in North Gujarat on Tuesday, because the cyclone can reach the coastal coast of Kutch.  In the case of low pressure (Sabarkantha and Aravali), there may be heavy rains before the onset of monsoon.

Meteorological Department has expressed the possibility of heavy rains in Patan and Mahesana due to the severe cyclonic storm caused by depression.  Winds can also run with heavy rain.  This situation can arise due to weak pressure due to the effects of wind storms, system alert has occurred.  While the effect of the changed environment was seen on Monday morning.  In the morning there is an atmosphere of sunshine and there was a dark cloud in the sky.  (Sabarkantha and Aravali) in the afternoon, there was panic in most areas and there was also a booth.  In some areas, there were also Zapatans.

If the monsoon system is active, the weather department has predicted more than 4 inches of rain


The threat of the storm has decreased,

But hurricanes are affected by depression.  If coastal cyclone is affected by the coast of Kutch, it can affect north Gujarat (Sabarkantha-Mehsana-Patan-Banaskantha and Aravali).

The indifference made in the Arabian Sea remains unaffected and active in many areas before the monsoon, when the system is active.  Due to heavy rain on the 18th, it is possible to have more than four-inch rains in some areas.

Heavy rains have been relieved by heat in Idar and Malpur


Presently, sprayed in cloudy areas (Modasa-Bhiloda-Meghraj).  It was raining during the morning of four o'clock in the morning.  Even in the Malipura suburb, rain caused rains in the atmosphere.  After a strong wind in many areas of the district there was a blurred atmosphere for some time.