Anda di sini : Home / World news / Hurricane Three killed more than 12 days in the US and injures more than 150 people 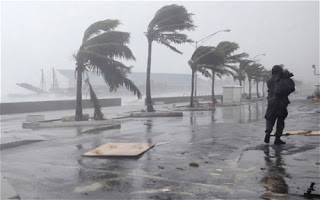 Los Angeles: For the past 12-13 days, more than 300 storms have occurred in different parts of the United States.  Due to blindness and flood, the situation is alarming.  Three people died and more than 150 were injured.  Hurricanes hit the evening on Tuesday evening in Ohio, Missouri and Kansas state.  600 to 700 homes and buildings were broken at different places.  250 schools and 15 hospitals have also suffered damage.


National Weather Service said that due to cyclone five million people had to live without electricity.  Officials in Kansas and Montgomery County of Kansas said that emergency personnel are also shutting down gas lines and efforts are on to reach the stranded people.  Due to the storm in the western region of Ohio, the roof of the house washed away, the debris of the vehicle flew into the sky nearly 250 meters high.  More than 50 people were injured due to the storm in Kansas City Douglas County


In Kansas, 40 million people have been in bad weather

The National Weather Service said that about 950 storms have occurred in the US state this year.  However, the average is 750.  This month 500 hurricanes had just arrived.

For a long time, 11 consecutive storms occurred in the 1980s.  These states faced 8 hurricanes every day.


The Meteorological Department has warned that the storm could come in the northeast states, particularly Pennsylvania, Staten Island of New York, Elizabeth and New Jersey.

The biggest impact of the weather is in Kansas and Pennsylvania.  Four million people in this area are in severe weather.

Kansas also has been estimated to rain from two to three inches.